The Waste Management Plan for Municipal Waste from 2013 for Rhineland-Palatinate from the Ministry of Economics, Climate Protection, Energy and State Planning was the reason for the implementation of the Kapiteltal landfill expansion project. On the basis of the analyses and forecasts listed there, it became necessary to create new landfill capacities of landfill class DK I quickly.

The Waste Management Plan – Subplan for Municipal Waste from 2013 is based on statistical data from 2011 and refers to household waste, construction waste and comparable waste, including waste from industry, trade and commerce. Landfills of landfill classes III and IV therefore play no role in the analysis of municipal waste in Rhineland-Palatinate. For the landfill classes DK 0 to DK II, details on landfill volumes in 2011 and forecasts until 2025 are presented. The current landfill capacities and planned extensions are also presented. With 735,000 tonnes in 2011, mineral waste of landfill class I represents the largest volume to be landfilled in Rhineland-Palatinate – as in Germany as a whole.

Need for action on DK I capacities identified

The remaining volume of DK I landfills in Rhineland-Palatinate in 2011 amounted to only approx. 2.5 million m³. Without new measures or landfill projects, this would have ensured disposal capacities of DK I waste only until around the beginning of 2018 – assuming an average bulk density of 1.8 t/m³ and continuing annual landfilling volumes of 735,000 tonnes per year.

In order to avoid a future landfill deficiency in Rhineland-Palatinate, new capacities for landfill class I had to be quickly created through corresponding landfill projects. The planned capacity expansion DK I amounts to 7.53 million m³, of which the largest part, namely 5.68 million m³, will be provided by Kapiteltal. Another landfill with 1.85 million m³ is planned in the city of Mainz. 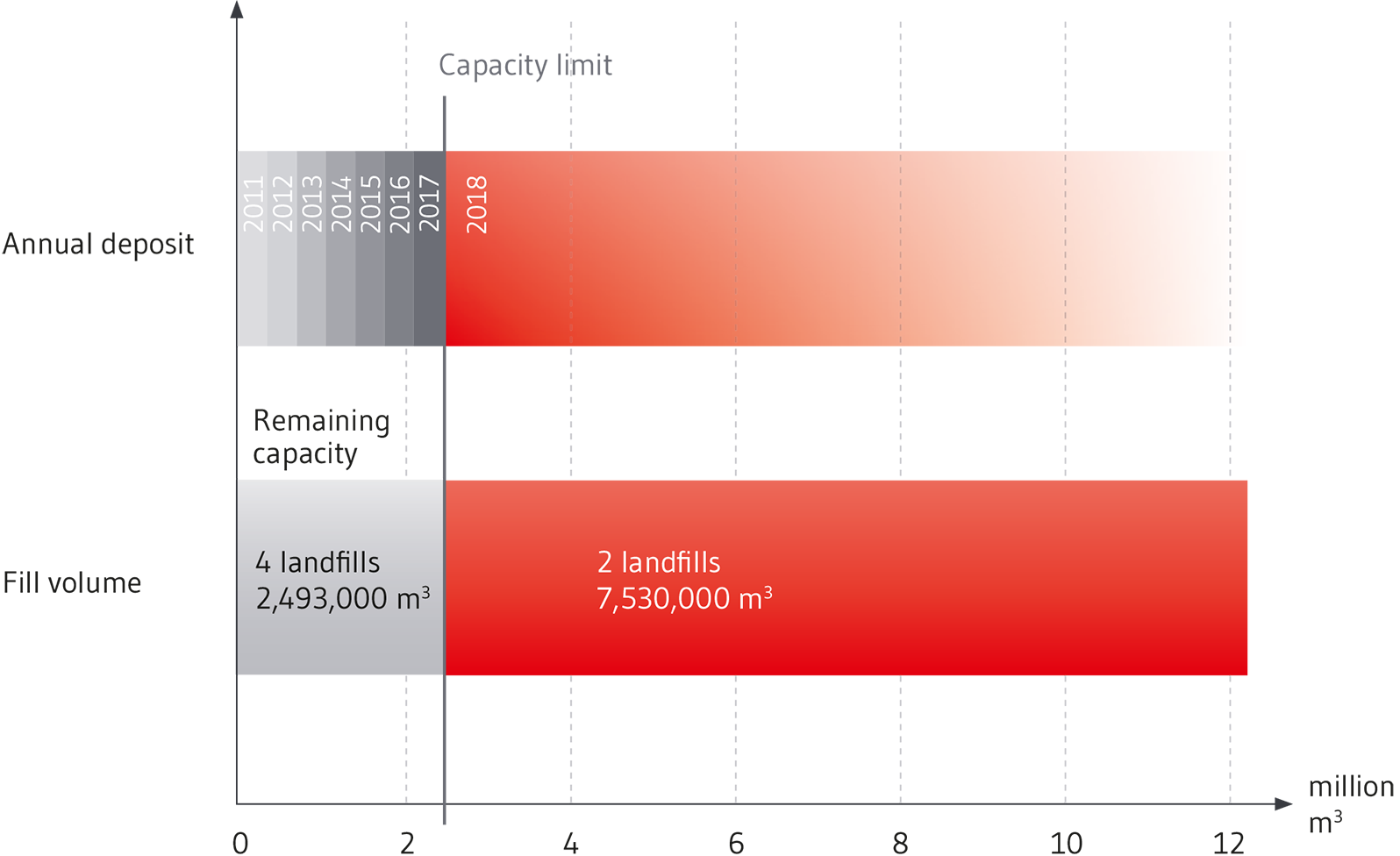